25 Years of Formel D in Böblingen

As with the entire Group, the strategically important Formel D location in Böblingen turned 25 this year. In early September, Tristan Glinka (Director Operations) received an anniversary certificate from the Stuttgart region Chamber of Industry and Commerce. 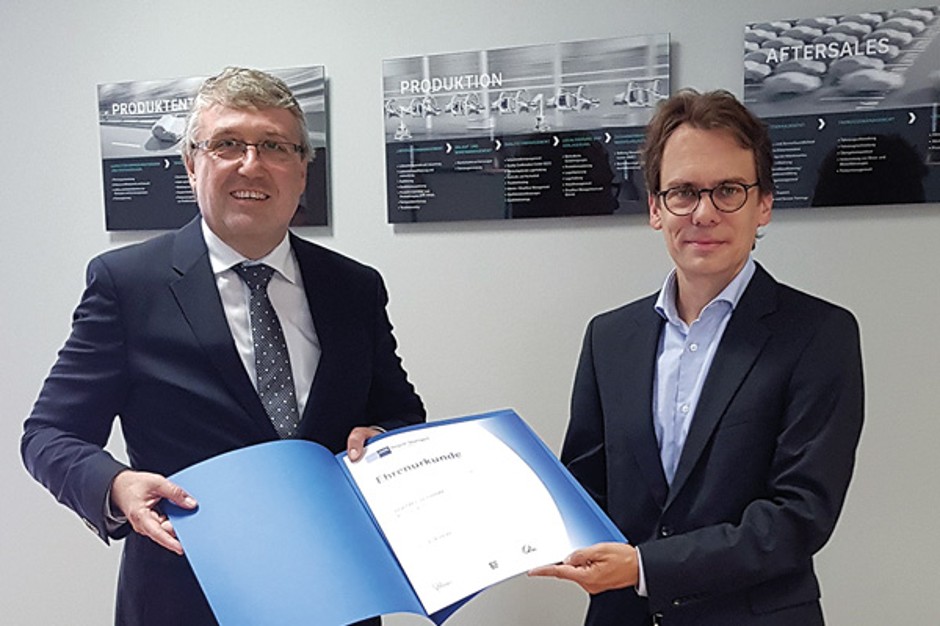 Opening in Esslingen in September of 1993, the subsidiary later relocated to Böblingen. “We are delighted that the Böblingen location has now made a significant contribution to the successful development of our Group for a quarter of a century,” states Tristan Glinka.

The subsidiary also played a major role in the charity campaigns launched by Formel D in its anniversary year. Five of the 25 toy cars the Group donated to regional kindergartens went to Kita Flugfeld 1.0, part of the Educcare Bildungskindertagesstätte educational nursery in Böblingen. Twenty Formel D employees from Böblingen also took part in the employee testing campaign for DKMS.